Welcome to the 36th edition of Bad News. This is our Angry Voices From Around The World for July, 2020. A report from the international network of anarchist and anti-authoritarian radios.

1) Radio-zones of Subversive Expression (Athens) about:

2) Črna Luknja is contributing an antireport from Slovenian unrests, that in the middle of march, because of the virus started with drumming on balconies, went on the bicycles and ended up on foot, against the right-wing government with authoritarian, neoliberalistic and nationalistic intentions.

4) A-radio Berlin: Stop the eviction of the collective bar Syndikat
“In the context of a possible summer of evictions of collective bars,
house projects and youth centers in Berlin, the Anarchist Radio Berlin
wants to help make it instead a summer of resistance.”

5) Radiofragmata (Athens) with news from Greece.

6) FrequenzA with an interview with somebody from solikomitee 1007 about the street festival “resist-2” about the festival, the resistance against the deportation in the past and the trial against two persons who where part of it.

If you’d like to get involved in the network or want to hear more – send an email to a-radio-network@riseup.net.
Check out all the shows look for the a-radio-network collection on archive.org or at our website, a-radio-network.org. 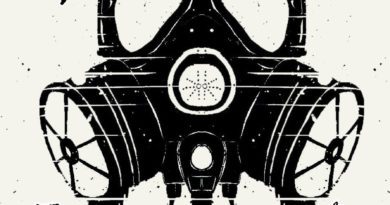